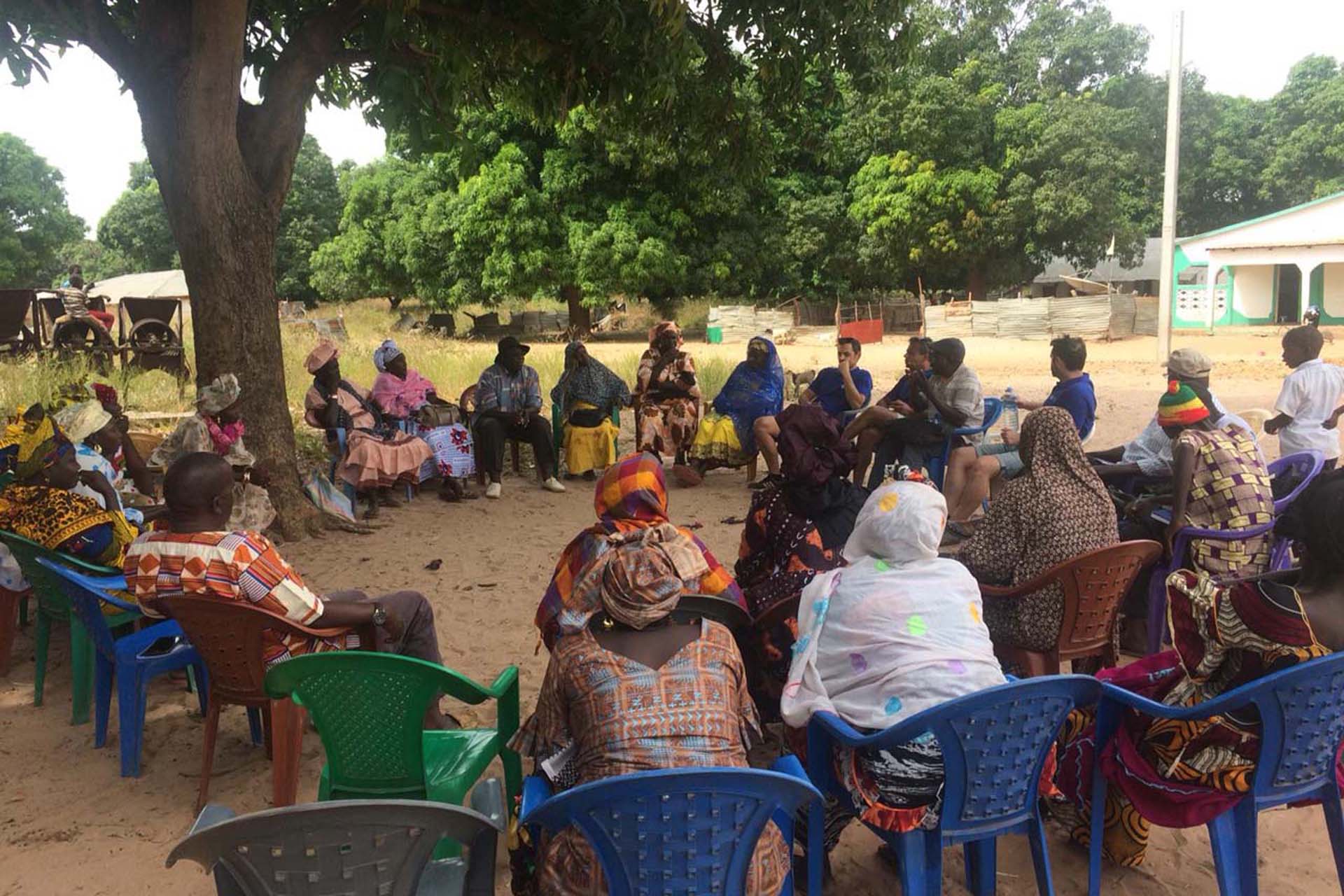 Solicita Cooperative has been funded in 2014 to serve members involved in vegetable production, it is structured as a marketing cooperative in order to sustain farmers in facing the market. The Cooperative includes 36 groups of farmers in the North Bank Region, each group counts between 90 and 250 members, almost the whole are women.
In the Gambia agriculture is one of the main drivers of the GDP growth. It employs nearly half of the working population and 80.7 per cent of the rural working population (IHS 2015/2016). The sector typically contributes up to 31 per cent of GDP although this declined to 27 per cent of GDP in 2017 (Gambia Bureau of Statistics 2017). Furthermore, 72 per cent of the population relies on agriculture for livelihood and 91 per cent of the rural poor work as farmers.

The low performance of agriculture is due to a range of factors, including: an unfavorable macrofiscal stance in recent years; a weak policy and institutional framework; insufficient budgets (capital and recurrent); difficult access to modern inputs and to finance; ineffective research and advisory services; rainfall variability and climate shocks; lack of transport and market infrastructures; limited irrigation; high post-harvest losses due to poor handling, inappropriate storage, high levels of aflatoxin contamination, low levels of application of food safety management systems along the value chains, as well as poor adherence to SPS & TBT standards of the export markets.

Solicita members decided to join into a cooperative because they saw that being in group makes easy to face the market and to receive economic and technical support. Farmers normally produce both for self-consumption and for sale. The percentage of the two quota can vary according to specific needs of the family: sale more means have more liquidity to pay for external services like school fees, medical care and travels or social contributions. Even though they are the direct producers often they are the first who suffer from malnutrition.

In reaching the market they have difficulties in moving the vegetables without compromising their quality and once farmers are arrived on the weekly or daily markets they have difficulties in coordinating to fix the price. What they fear the most is not being able to sell the vegetable produced and be forced to sell them off or bring them back paying additional transport and increasing the percentage of wasted production.

The CESAD Project will support the farmers throughout the entire value chain trying to create conditions for better life conditions of farmers and for food security.